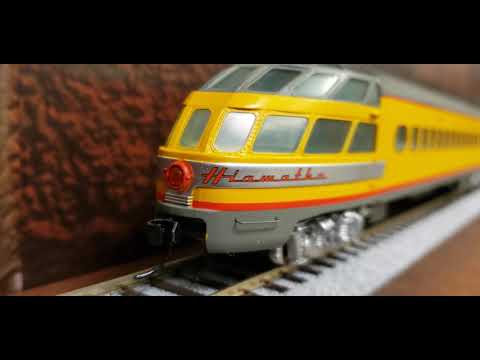 Walthers Proto 920-9171 is the model featured for this modification.  We only made 3 of these custom cars.  The cars had to be meticulously disassembled for this install.

NCE Decoder allows user to modify led intensity, flash patterns, and other key factors.  We have it set to what it would look like prototypically during real operations. Interior light is (1) board mounted led.  Rear marker is (1) surface mount led located in the actual marker housing.

Consisting: The Light-It will accept normal NMRA consisting commands. This makes it easy to control several Light-Its together such as when they are used in passenger cars for lighting. The consist address will not work for for changing CVs instead use the ‘main’ address.

Controlling Brightness: Each output has a separate brightness CV. CV140 controls the W/G output. Values of 0 to 255 are accepted with 255 being full brightness. CV141 and CV142 control the brightness of the Y and R outputs respectively.